Canada no peacekeeper and never has been 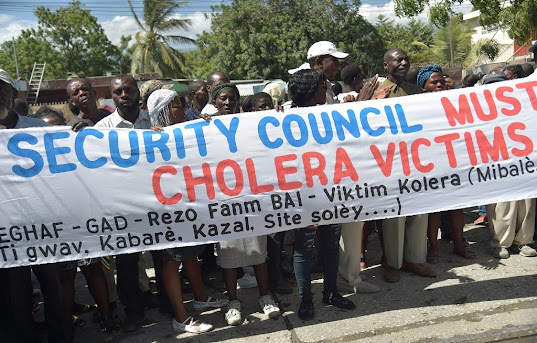 Two weeks ago, Ottawa supported a year-long extension of the United Nations Integrated Office in Haiti (BINUH). “Canada welcomes the renewal of BINUH UN ’s mandate by the UNSC”, tweeted Canada’s Mission to the UN.

Many Haitian groups campaigned against renewing BINUH’s mandate. Madame Boukman tweeted, “the UN is a tool used by white imperialist nations/blocs (US, France, Canada, EU) to control Haiti under a false humanitarian pretense.”

After consolidating the 2004 US, France and Canada coup against Haiti’s elected government the UN mission was responsible for countless abuses. The foreign soldiers had sex with minors, sodomized boys, raped young girls and left many single mothers to struggle with stigma and poverty after departing the country. Beyond sexual abuse, the UN’s disregard for Haitian life caused a major cholera outbreak, which left over 10,000 dead and a million ill.

500 Canadian troops were part of the UN mission that backed up the coup government’s (2004-2006) violent crackdown against pro-democracy protesters. For years Canada led the policing component of a UN force that also killed dozens of civilians directly in pacifying Cité Soleil, a bastion of support for ousted President Jean-Bertrand Aristide. “‘They came with cholera when they were tired of killing us with bullets’: Community perceptions of the 2010 origin of Haiti’s cholera epidemic” is the title of a recent Global Public Health journal study.  (more...)

Canada no peacekeeper and never has been