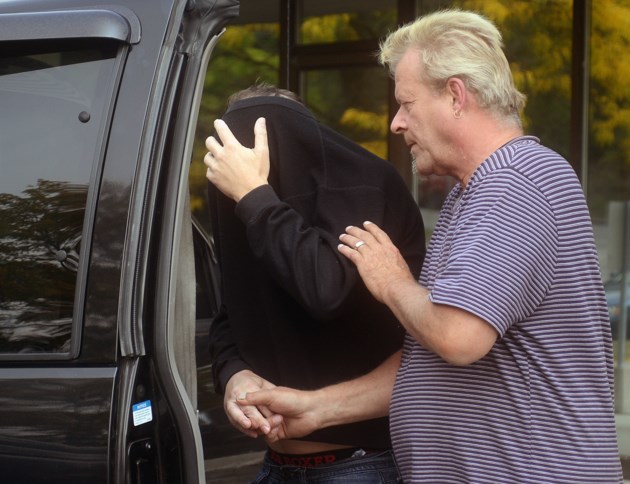 On Friday, Hathway was granted bail and will remain under house arrest, residing with a friend in Kitchener who posted a $10,000 surety.

There is a publication ban on any evidence presented in court.

Following his bail hearing, Hathway left court with a sweatshirt pulled up over his head to prevent media from taking photos of him. A friend led him to a waiting vehicle.

He is scheduled to appear back in court on Oct. 10.

Hathway was a long time auto body teacher at College Heights Secondary School. He is not currently teaching.

Guelph Police reported that they started an investigation into allegations against Hathway on Sept. 8 and arrested him on Sept. 11.

He was originally charged with sexual assault, sexual exploitation and obtain sexual services for consideration – under 18.

The new charges are:

- attempting to procure or solicit a person to have illicit sexual intercourse  (more...)