How the KKK capitalized on Canada’s racism 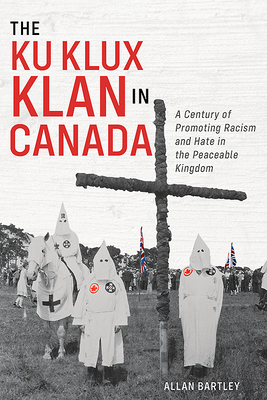 Piggybacking the unprecedented box office success in the US and Canada of the American white supremacist propaganda film, The Birth of a Nation (1915), Atlanta businessman William Simmons had at that time become inspired to establish a new KKK for the twentieth century.

In the years that followed, Bartley explains, Black churches burned, while American Klansmen beat, shot, mutilated, lynched, hanged, and castrated their perceived enemies, be they Black people, white progressives, union members, or anyone else who got in their way. KKK membership exploded. Klansmen won seats in the Senate and state legislatures.

The response of the Canadian establishment to this violent campaign south of the border?

Canadian authorities took the position that common sense and British justice would protect Canadians from the chaos and vitriol of America. Canada comfortably watched the spectacle from afar as Canadians continued to absorb the messages of The Birth of a Nation. And then the Klan came north.   (more...)

How the KKK capitalized on Canada’s racism

Sheets Cost Too Much

A particular nexus of masonic supremacist recruitment in the 1970s was New College at the University of Toronto. As an resident engineering student, I was invited to a screening of Birth Of A Nation at the college, after which a senior student holding a copy of Albert Pike's Morals and Dogma approached me regarding recruitment into Freemasonry. Thus began a year-long aggressive campaign to press me into subservience to the Lodge, aided and abetted by my college don. Students of eastern European background were especially targetted, which placed me square in the line of fire. Yasha Levine's blog Immigrants As A Weapon gives a hint as to the way I was stalked. Masonic organizations covet Catholic Judases, of which my don was an example. The engineering professors also shared a flagrant elitist ideology, which they strived to inculcate in their students. A breaking point was an invitation to a meeting at St. Michael's College featuring Ernst Zundel, the holocaust denier. My refusal to attend seemed to mark me as an incorrigible Jew-lover and undesirable. I did not continue at the college or in the engineering program beyond that year.