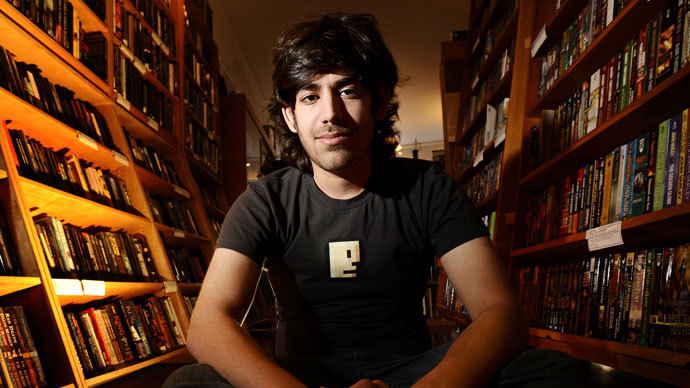 Let us start by dismissing the prosecution’s ludicrous charge that any programmer as talented as Aaron Swartz would dedicate his life to stealing an archive that dispenses its academic papers for a few dollars apiece to the public or for free to students under department accounts. MIT professors, who are so full of themselves, are the only ones who might take seriously such a fool’s errand as a worthy objective for the brilliant and rebellious Swartz or the law suit as the cause of his so-called “suicidal depression.”

The mass media have been fed, and eagerly swallowed, the unpalatable lies hurled against a courageous young man whose guilt lies solely in his disgust at the online filth from “respectable” Internet paragons who have deviously corrupted the morals of his generation. America’s leading center for computer science has unleashed a campaign of slander against Swartz, who cannot defend himself through the media or in the docket now that he is dead.

My personal regret is that he had to act alone without the guidance and support of those faraway people including myself who have been fighting against the same vile pedophile elite. In American society where tens of thousands of children disappear every year without any serious investigation or public concern, the young man assumed the burden of justice on his own and paid the ultimate price for it. Using the JSTOR issue as a mere cover for his covert investigation into MIT wrongdoing was an immature tactic, which now undercuts his reputation postmortem.

As a traditional journalist and editor, I have never before supported Anonymous and their hacking activity, but the untimely death of Swartz changes the rules of engagement. Striking at the nerve center of the military-corporate-pharmaco-porno complex is an ethical duty not a crime, one of few available means to defend constitutional law. To the morally reprobate professors and administrators at the Massachusetts Institute of Technology, I say unequivocally: You have started a war that will end when you fall on your swords.  (more...)