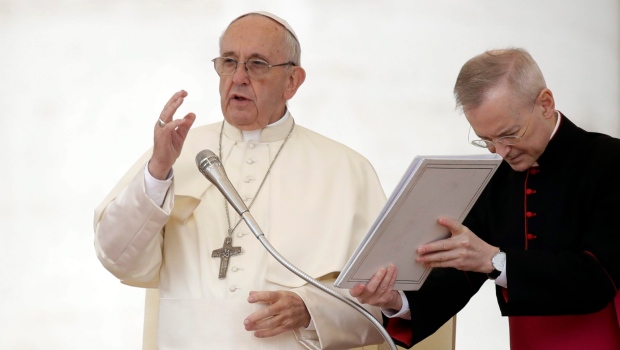 Popes often send telegrams of condolences after deadly natural disasters or the deaths of prominent world leaders. Rarely does the death of a private citizen elicit a formal letter of condolence signed by the Vatican secretary of state in the pope's name.

In the telegram sent Friday, Francis said he was "saddened by the tragic death" of Caruana Galizia and was praying for her family, the Maltese people and the nation as a whole "at this difficult moment."

It was addressed to Valletta Archbishop Charles Scicluna, a longtime Vatican official before he was made a bishop in his homeland in 2012. Scicluna has condemned the "brutal murder" and appealed for "a unified resolve to promote true democracy."

Malta has been stunned by Monday's slaying of Caruana Galizia, an anti-corruption investigative reporter whose inquests probed the business dealings of Malta's leading politicians.  (more...)